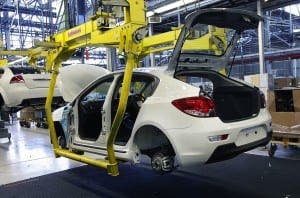 The east Asian giant has topped the list of the world’s car manufacturers.

Spain came seventh on the list of top producers with 2.4 million, while the UK closed out the top ten and clung to its position with 1.7 million cars made last year.

The impressive hold comes despite Brexit and amid fears car manufacturers based in the UK may move operations to Europe.