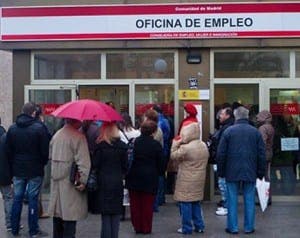 THE JUNTA has urged the government to rethink after it slashed employment grants.

Andalucia has lost €24.3m in funding to encourage more jobs and tackle long term unemployment this year compared to last, the only Spanish autonomous region to do so.

In a press release, the body demanded the state to up this year’s €682.61m grant to at least the national average per capita.

It also pleaded for the government to create a new Employment Activation Strategy for 2017-2020 for the region, as the previous one ran out last year and to make all communities show how their own grants were spent to make the system fairer.

Rafi Crespín, government delegate for Cordoba, said government funding for employment programs in Andalucia had been cut by 59% since 2011, impacting upon the 663,000 current long-term unemployed.