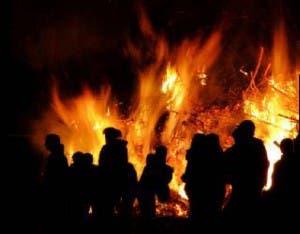 A 13-YEAR-OLD girl was gang raped during a San Juan festival in southern Spain, it has been alleged.

A group of teens around the same age allegedly assaulted the victim on the beach in Alicante before trying to sexually assault another girl in the same area.

The second girl’s father stopped the attack before calling for police, leading to the group’s arrest.

Witnesses in Cabo de las Huertas, the most elitist area of Alicante, confirmed the arrests to Caso Aislado.

“The police arrived and the boys were detained. Several people said they were between 13 and 15 years old,” one of the witnesses explained.

The group was also seen pickpocketing tourists and locals.

Another witness said: “Several shouts were heard and in a few minutes the police were already in the area.

“I could see several children sitting together on a police motorcycle. Several people said that in addition to attacking the girls, they also stole mobile phones. ”