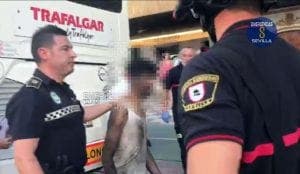 A TEENAGE migrant has survived a 140 mile journey from Morocco to Spain while clinging to the underside of a tourist bus.

Believed to be 15, the youth crammed himself into a tiny cavity underneath the coach before clinging on for hours.

The boy looked disheveled as he was pulled from the coach covered in dirt and engine oil.

The coach had travelled from the northern city of Tetouan in Morocco, near Tangier, all the way to Andalucia’s Sevilla, taking several hours.

A Spanish police spokesman said: “He was taken to hospital but appeared to be in good condition. 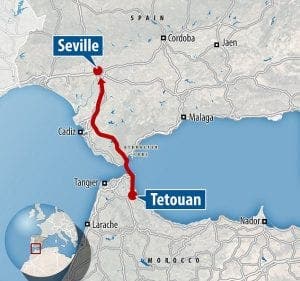 “The bus came from Tetouan, and when it arrived in Seville, the driver was going to let the passengers out when he noticed something strange.

“He called the police and firefighters, and they found the boy who was holding onto the bottom of the bus.”

He will likely be returned to a migrant holding centre.