THREE men have been arrested after a British expat was beaten, tied up and raped during a shocking attempted robbery in southern Spain.

The 52-year-old woman, from Hampshire, was dragged from a swimming pool area at a home in Gea y Truyols near La Manga on May 20 last year.

The three hooded men – one of them a minor aged just 17 – then forced their way in to the home she was sharing with her sister and took her from room to room, beating her as they demanded money and jewellery.

They then tied her up and sexually assaulted her.

They only fled the scene when her sister suddenly arrived back at the house. 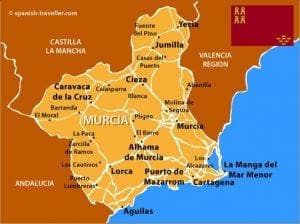 They stole the sister’s car to escape, which was later found abandoned.

Shocking details of the robbery have come to light after three men were arrested by the Guardia Civil.

The suspects are two Spaniards and an Ecuadorean.

They face charges of robbery with violence and intimidation and sexual aggression, which under Spanish law covers full rape.

Two of the accused are already in prison for other alleged crimes.

The 17-year-old has been released on provisional liberty after depositing bail money to an investigating judge’s court.

The victim decided to leave the country.