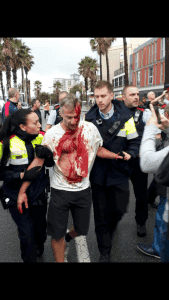 WITNESSES in Catalunya have reported excessive use of force by police.

According to Sky News, police used their batons to attack residents who were sitting peacefully outside polling stations.

It comes after cops used rubber bullets to fire at would-be voters in the controversial independence referendum.

Large bangs rang out as the projectiles were launched at crowds, sending people running and screaming.

Locals retaliated by throwing barricades at the authorities. 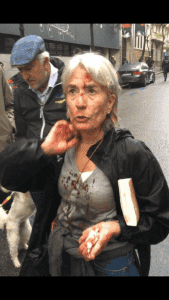 Now photos have emerged of alleged victims of the violence.

One image shows a man covered in blood as he is being walked away by police while another woman is also bloodied.