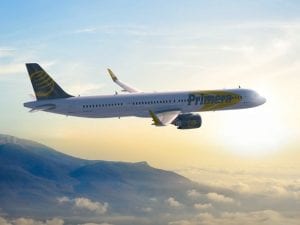 BIRMINGHAM Airport flights to Malaga and Mallorca will launch next year.

The new routes will run all year round and start from May 2018 – it will add to the airlines other planned direct routes, including New York, Boston and Toronto from Birmingham.

The flights are expected to start from just £35.

William Pearson, Aviation Director of Birmingham Airport, said: “After announcing new flights to New York, Boston and Toronto from Birmingham Airport in 2018, these new short haul routes to Mallorca and Malaga will give those looking for sun and beach holidays closer to home greater low cost choice from the Midlands’ leading airport.

“It is great to see Primera Air recognising Birmingham as a key strategic airport in its growth plans and we look forward to working with the airline when it launches next year.”

All the Mallorca and Malaga flights will be operated by Boeing 737-800 with 189 economy seats available.

It comes after Norweigan announced it would no longer be flying from Birmingham to Spain.

Andri Már Ingólfsson, the owner of the Icelandic-originated leisure airline, said: “We see a stable and high demand for our transatlantic flights from Birmingham to New York, Boston and Toronto.

“It has encouraged us to introduce more flights to leisure destinations in Spain that historically has been our core product and service in which we have an extensive experience.

“Flights to Mallorca and Malaga will improve the leisure flight schedule for travellers to already beloved destinations.”

Dilip Kuner - 7 Dec, 2022 @ 19:30
Spain has a no shortage of festive traditions that differ regionally. Starting at the beginning of December and ending in January there are plenty...