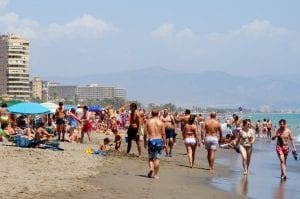 Around 1,064 procedures to remove malignant melanoma were carried out in 2017 at the Costa del Sol Hospital, in comparison to the annual average of 700.

Distrito Sanitario and the Costa del Sol Hospital warned the numbers will continue to rise.

The high number of hours of sun exposure and an increase in the expat population, has made the Costa del Sol one of the regions with the most incidents of skin cancer in Spain.

It is believed the region has some of the highest figures in Europe.

Although statistics are worrying, medical professionals say more people are going to the doctor with potential skin problems, which means patients are being diagnosed earlier.

A campaign tackling skin protection awareness will be put into action from May 21 to 25 on the Costa del Sol.

Top ten reasons why you need a TIE card, as figures show over a third of Brits in Spain...