THE Guardia Civil has announced it will make surprise visits to olive oil factories in Jaen to verify that all harvest weigh-ins are legitimate.

The initiative has been widely welcomed by olive farmers who have long held suspicions that the weigh-ins may be incorrect.

The general secretary of the Union of Small Farmers in Jaen, Cristobal Cano, said: “We are very happy with the announcement.

“Many farmers do not trust the scales, so for years we have been asking that inspections be carried out to guarantee that weights at the factory are correct.”

He added: “It’s an effort to work with the greatest transparency and uncover if there is any kind of deception.

“It will serve to dispel doubts that have always existed on the part of farmers who are going to weigh their fruit after a hard day of harvesting.

“We’ve been asking for this for years so we consider it an important achievement.” 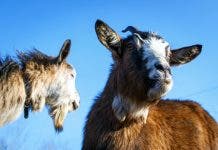