IT has emerged that police ‘banned’ Winnie the Pooh from Madrid this week, ahead of the Chinese president’s state visit.

President Xi arrived in Madrid on Tuesday for a three-day tour, the first trip to Spain by a Chinese premier in 13 years.

However, on his way to meet Madrid’s mayor, Manuela Carmena on Wednesday, the Asian leader narrowly avoided being ridiculed by Winnie the Pooh.

Police stopped a man dressed as the lovable children’s book character from appearing in front of Xi’s motorcade as he went to receive the keys to the city.

The man, who makes his living by posing for pictures in his Pooh costume in the city’s Sol Square said: “If it’s offensive, I understand that they would ask me to step aside.

Memes comparing President Xi’s appearance to the yellow cartoon bear first surfaced in 2013, when he met President Obama, who himself was compared to Pooh’s friend Tigger.

Since then Xi has consistently censored Pooh, earlier this year banning the Disney film, Christopher Robin from China.

It comes as The Independent reported today that the Chinese leader has now banned Winnie the Pooh from Shanghai Disneyland.

Whilst in Spain Xi and his wife Peng Liyuan met with Pedro Sanchez, as well as the Spanish royals, Queen Letizia and  VI.

Xi also signed around 20 business and political agreements, including one to import on-the-bone Jamon legs to China, a product considered a luxury in the eastern country.

COVID-19: The wheels of industry must start turning – goodbye China! 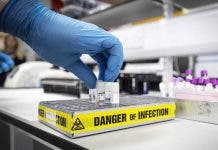