FERRAN Adria’s elBulli is set to reopen next year following a €10 million revamp.

However it won’t be serving the food which ranked it the world’s number one restaurant (four years in a row).

Based on the Catalunya’s Costa Brava, the iconic eatery will now instead house a laboratory and museum of culinary innovation.

“The mission of elBulli1846 is to create quality knowledge of restaurant gastronomy and everything that surrounds it,” explained Adria, 56.

The ‘1846’ is a tribute to Auguste Escoffier, the French maestro who became known as the ‘king of chefs, chef to kings’.

Born in 1846, he is credited with popularising haute cuisine, and would inspire Adria to lead the field in molecular gastronomy, which mixes textures and flavours like edible foams, papers or jellies, thrusting Spain to the forefront of the cooking world.

The original elBulli closed down eight years ago due to heavy losses despite its huge popularity.

The new project will open by February 2020.

The lab will work to ‘innovate efficiently’, be it in the ‘big-league restaurant business or on a smaller scale’, Adria said.

The museum, housed next door, will offer guided tours by appointment only.

“There’ll be people saying that this won’t work, but they used to say the same in the mid-1990s,” added Adria. 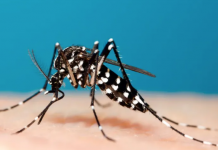 Isha Sesay - 26 Feb, 2020 @ 14:38
THE Balearic Islands have been placed on high alert after three patients have undergone testing for the coronavirus in Menorca.