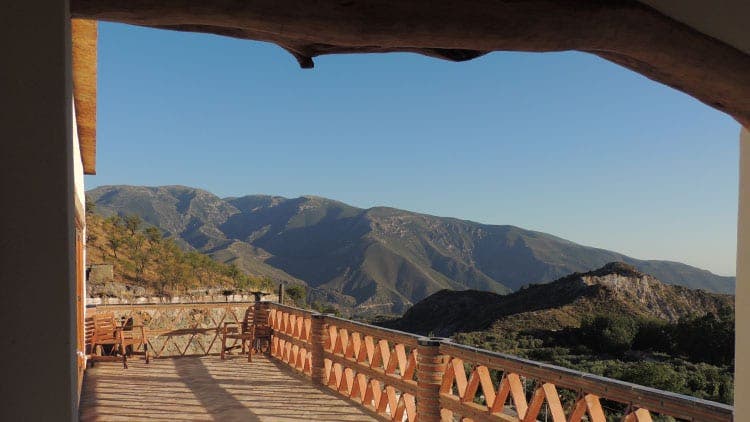 WHEN alternative therapist Adrian Wynter rebuilt a cortijo in the Alpujarras mountains, he spared no expense on the design.

Bedrooms were rewired to hide unaesthetic cables, windows were precision angled to catch the spring equinox sunset and the best Moroccan artisans were hired to create his vision of a healing environment. 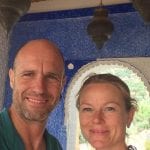 But the devil was in the detail after all. For now Adrian, 51, and his wife Ceri, 38, could have a 220km string of giant electricity pylons rampaging across their valley vista.

The House of Light retreat centre in Bayacas, near Orgiva, was a six year labour of love and finally ready to open its doors when news of the pylon project hit.

“The view is our selling point,” yoga teacher Ceri told The Olive Press, adding that Adrian had already read about the alleged dangers of electromagnetic radiation while caring for his terminally ill sister.

“In one direction you can see the Sierra Nevada, and on a clear day you can see the Atlas Mountains of Morocco in the other – unless they plonk a pylon down the valley.”

Ceri and Adrian, who have two young children, have poured their savings into the retreat which offers 15-20 guests at a time in-house vegetarian chefs, a yoga studio, a pool, olive groves and views over the majestic Alpujarras.

The interior is a nod to Moorish design with arabesque plasterwork by a Granada-based studio and tiling by an expert who worked on the Alhambra Palace.

Rummaging through antiques markets led Ceri and Adria to knock-off Rajastani pillars and a carved Mogul beam which now has pride of place above the kitchen sideboard. Traditional Moroccan tadelakt lime plaster was used in the showers.

“I was worried Adrian would annoy the builders,” admits Ceri, explaining how her ebullient husband angled the property’s latticed arabesque window so it would align with the setting sun on the spring equinox.

But she says the attention to detail has left them with a stunning centre where every feature has a story and a purpose.

“The central courtyard is supposed to reflect the quiet contemplative space in yourself we are trying to create,” says Ceri.

But now the couple worry their tranquil space will be marred the massive project which proposes running 212 pylons, some up to 80m high, throughout the Alpujarras and the neighbouring Lecrin Valley.