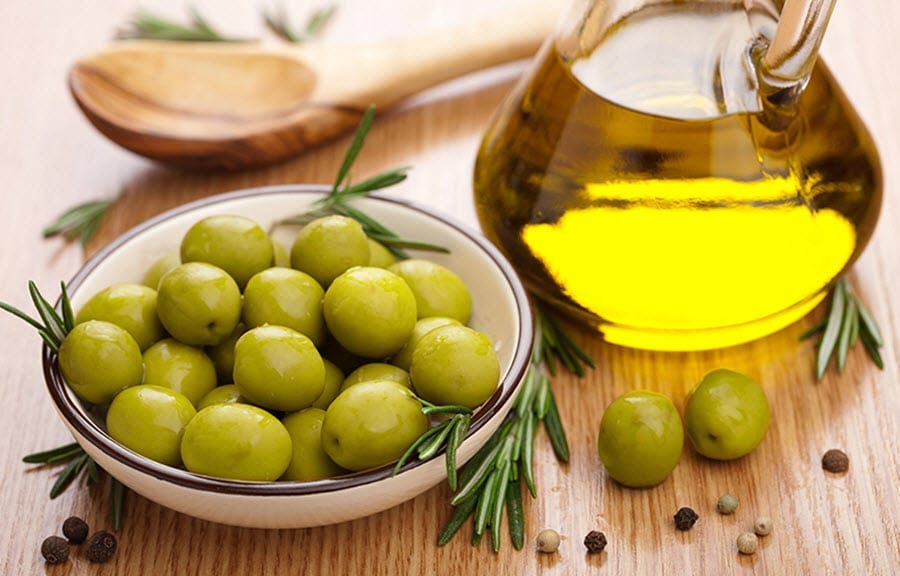 Many people believe, even without knowing about the scientific evidence that backs up their judgements, that some foods are healthier for them than the others.

For instance, it is a common fact that it is better for one’s health to eat an apple than have a sweet dessert or a beverage with a lot of added sugar. Similarly, it is believed that olive oil is not only less harmful than the cheaper versions of fats such as different types of saturated fats, but also can improve brain functioning.

Fats constitute 70% of the human brain mass. Thus, as one can suggest, it is important to supplement one’s diet with healthy unsaturated fats in order to improve brain function. Rapaport states that oleic acid is the most significant fat found in the human brain, which can be continually replenished with adherence to a balanced diet rich in foods containing it (such as olive oil, avocados, sunflower seeds, or nuts).

Many studies that were conducted using an animal model, prove that the regular consumption of olive oil improves brain functioning. According to Farr et al., extra-virgin olive oil is rich in antioxidants (particularly, polyphenols), that are known to slow down the ageing-related processes, prevent memory deficits, and reduce the deteriorative effects of various diseases on the brain function. The authors used the so-called T-maze (the maze that provides experimental subjects – that is, rodents – with a set of choices) that, in this case, applied foot shock, to detect the differences in behavior of mice that were administered extra virgin olive oil, butter, or coconut oil. The authors conclude that the foot shock avoidance pattern was more distinct in mice that were consuming olive oil, thus proving that olive oil can enhance learning.

Olive Oil Consumption as a Way to Improve Memory

It was already mentioned that the studies conclusively proved the positive effects of olive oil consumption on brain functioning, learning, and memory.

Berr et al. report that, based on the results of their three-city study, people who either moderately or intensively uses olive oil, had a more distinct verbal fluency and visual memory, compared to those who rarely consumed the product. The authors suggest that self-reported regular use of olive oil also plays a role in the prevention of memory decline in the elderly populations, who are especially prone to various dementing disorders, as well as to age-related decrease in memory functioning.

How to Include Olive Oil into a Diet

World Health Organization recommends adhering to a balanced diet, 30% of which have to be ‘dedicated’ to fats. Moreover, it is more healthy to prefer unsaturated fats (such as olive oil, avocado, nuts, and fish) over saturated fats.

Olive oil consumption should not be understood as the only pathway to improving brain function. Mainly, because it is not self-sufficient. The long-term improvement of brain functioning is only achievable when all the determinants of a healthy lifestyle are taken into consideration. In other words, a healthy diet has to contain a sufficient amount of fruits, vegetables, whole grain bread, and fats. In other words, consuming olive oil on the side of food high in saturated fat and junk food would not lead to any significant improvement in health and well-being.

Many studies suggest that adherence to the so-called Mediterranean diet is associated with higher life expectancy, disease prevention, and an overall improvement in the quality of life. Olive oil is one of the major components of the indicated diet. Choosing extra virgin olive oil over its other types such as virgin or light olive oil is associated with the most distinct positive health-related outcomes.

Including olive oil into the Mediterranean diet provides opportunities to be creative. That is, it can not only be used as a component of salad dressings, but also as a healthy addition to food cooking methods. For instance, instead of boiling, frying, or deep-frying, one can sauté vegetables, meat, or fish with a little bit of olive oil, which is not only more healthy but also less “boring” and makes food much more flavourful. The evidence suggests that cooking with olive oil contributes to the development of phenolics (or “health-promoting compounds”) in raw foods. Additionally, adding olive oil to raw vegetables allows a human body to absorb vitamins such as vitamin A more efficiently.

When buying olive oil, it is important to look at the name on the bottle (it can range from “extra virgin” to “extra light”), make sure that the product has not passed its expiration date yet, and, if possible, prefer purchasing of olive oil in black tins or bottles over olive oil in packages that provide an access to light, which can negatively affect the quality of the product.