A DANGEROUS Irish terrorist was snared during an audacious undercover operation in Mallorca, it has emerged.

The secret services sting by MI5 snared Colin Duffy, 52, into admitting his involvement with the IRA and a trio of planned attacks.

In the clever operation in 2013, two British agents posed as a Serbian businessman and his girlfriend on holiday in Calvia and tricked Duffy into opening up to him.

The pair struck up a conversation with Duffy after asking him for a lighter for a cigarette at a beach restaurant in Santa Ponsa.

They began chatting and Duffy eventually asked him if he could supply weapons, having heard him mention to his female operative that he sold tanks during the Balkans conflict.

They ended up talking about the purchase of RPG rockets, explosives and AK47 assault rifles, each to be sold in small batches.

Replying from behind a screen at a court in Belfast, the agent explained that he and his fake girlfriend set out to be ‘a very odd couple’ fascinating fellow holidaymakers.

He explained that a heated debate had ensued with his girlfriend, all staged for Duffy.

” I realised that Duffy was looking at us and I think he believed that theatre,” he told the court.

Duffy is accused of directing an IRA grouping, and attempting to murder members of the security forces with Alex McCrory and Henry Fitzsimons.

He faces further counts of possessing firearms and ammunition.

The alleged offences are connected to a gun attack on a police convoy in north Belfast.

Duffy is already known to the authorities, having been previously charged with crimes related to police and military killings. 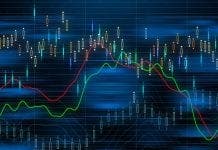 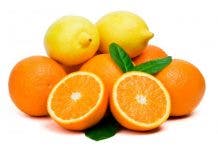 Proposed UK tariffs of up to 16% on Spanish citrus fruits in event of no trade deal will ‘severely damage’ farmers, says minister

Staff Reporter - 2 Jul, 2020 @ 22:08
The work from home culture has become very popular, not least in Europe where people faced lockdown for several months. It is in both...