THE Andalucian government has announced the purchase of 60,000 rapid testing kits for the detection of coronavirus Covid-19.

The region also demanded a further 120,000 of the 640,000 that has been acquired by the central government.

The announcement was made yesterday by regional minister Elias Bendodo.

Bendodo stressed that the Andalucian government ‘is redoubling its efforts’ and has gone ‘to international markets to find material’ to fight coronavirus.

The purchase of the rapid coronavirus tests comes following the purchase of 725,000 face masks, which have already been received and distributed. Some 1.4 million more are to be received ‘in the next few days.’

Bendodo stressed that the Junta is ‘anticipating’ the crisis, in the belief that ‘anticipation is very important’ to break the virus.

Bendodo also calls for calm, reassuring that the Andalucian health care is ‘not overwhelmed.’

He said the Andalucian health system has 1,571 respirators available and only 100 are currently in use.

The Andalucian government maintains its position that all citizens should be tested for the coronavirus, and though they have purchased 60,000 rapid tests, they demand that the central government sends more tests.

Of the 640,000 rapid tests that have been acquired by the central government, 120,000 tests correspond to Andalucia.

Rapid testing kits will first be sent to health workers who are risking contagion on a daily basis as well as seniors who are living in residences and care homes.

The World Health Organization (WHO) has insisted that countries should carry out as much testing as possible, in order to stop the spread of the pandemic. 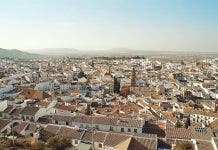