THE year 2020 will be ‘the year of reckoning for Gibraltar’ to overcome the challenges of today and tomorrow, according to the Chief Minister.

Fabian Picardo said that the Rock would now have to pluck the same courage that helped us fight against adversity in the past.

“I see among us a spirit of defiance and survival that has not been seen since the evacuation and the closed frontier generation.

“I have seen a new generation of Gibraltarians show a strength of character which many had thought existed only in the past.

“The stoicism of our previous generations runs in our veins.

He said the generosity and community help is ‘what we are as a people’ and Gibraltarians had shown it still existed during the lockdown.

The Chief Minister said the universal values of ‘renewal, reflection and self-improvement’ were shared among the secular and religious alike.

It came as nearly all test results were finally received and the picture was looking rosier than ever.

Despite a slight increase in all confirmed COVID-19 cases to 129, 84 have now recovered from the disease and only 45 remain active.

Picardo expressed how ‘difficult and frustrating’ it was for everyone to remain indoors.

“Believe me when I tell you I am committed to ensuring that these measures should not last a minute longer than necessary,” revealed Picardo.

“The imposition of these controls on your freedom of movement are an indelible scar on my heart.

“They are a constant strain on my conscience.”

He said that ‘exit strategies to lift the restrictions’ were being explored to give ‘a light at the end of the tunnel’.

The challenges would not end when this crisis was over either, with Picardo signalling that the ‘decades of plenty’ could now be over and ‘sacrifice’ was needed again.

“Life will be different for us from now on,” revealed the GSLP leader.

“There is no doubt that a global recession is coming.

“Gibraltar will not be immune from its effects – although we will fight to ensure our size protects us from its worst effects.

“We must ensure that economic downturn does not lead to social inequality or injustice.”

This situation would only be increased by the full Brexit to come, which we have experienced to some extent with the closed frontier.

He rounded off his Easter speech by saying that while Gibraltarians are now being asked to keep ‘social distancing’, soon they will need to have ‘social responsibility’.

Picardo concluded that rather than ‘free rides’ we would now have to ‘work for the common good together’ to restart and recover.

“Together, we will seize the future for our children,” said the Chief Minister.

“And when our children and grandchildren look back, they will be proud of what we did in our time and generation.

“Let 2020 go down in Gibraltarian history as the year of our reckoning.” 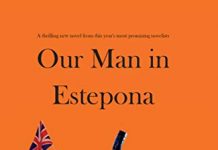 John Culatto - 22 Oct, 2020 @ 16:29
A GIBRALTAR man was sentenced to spend three years in prison for paedophilia by a Supreme Court judge after underage sex.