THE entire region of Valencia will move into Phase 1 from Monday, El Mundo sources have claimed.

Only 14 of the 24 provinces in the region were originally admitted into Phase 1 this week, with Valencian officials being irate with the decision.

The heads of the region decided to wait before re-applying for the rest of the provinces to join Phase 1, in order to find out exactly what the reasons were behind the original refusal, as they believed they had met all the necessary requirements.

According to El Mundo however, the central Government in Madrid has agreed to admit the entirety of the region into Phase 1 from the start of next week (Monday May 18).

This decision has come following the meeting between Public Health Minister for the region, Ana Barcelo and the country’s Minister of Health, Salvador Illa.

However, cultural events and outdoor gatherings will still be prohibited.

In addition areas such as Ribera Alta – where they have experienced a recent outbreak – meetings of more than ten people will not be allowed.

It is important to remember that nothing has yet been confirmed but that it will be announced tonight, according to El Mundo. 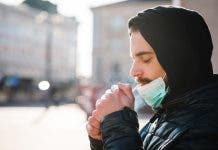 Dimitris Kouimtsidis - 1 Jun, 2020 @ 15:11
A MAN has been denounced in Murcia for beating his son because he wanted to become a musician and not go to university.