A GANG of British and American retirees has been arrested on the Costa del Sol for trafficking fake drugs that were meant to help with erectile dysfunction.

The organisation was led by a 72-year-old British man who lived in Marbella with his 65-year-old wife.

He had previously been arrested in 2012 for selling the fake products in person, but now, eight years later, he and his entire organisation have been detained by the Policia Nacional for selling the drugs online.

This was part of Operation Bishop, undertaken by the cybercrime unit of the Policia Nacional.

All members of the gang were British, apart from one American and they were all in their sixties or seventies.

They would purchase their pills from a factory in India that had not gone through the appropriate channels and had not been approved by pharmacists for sale.

The fake medicine would make its way to the UK either directly from India, or via Singapore and from the UK it would then be transported to other European countries.

While Operation Bishop was underway in Marbella, another gang was disbanded in Valencia, as part of Operation Jelly, for the same crime, with 33 arrests being made across both raids.

All members have been detained for crimes against public health, with the police not ruling out that people who have taken the pills may have experienced health problems as a result.

Both gangs had set up websites that were meant to look like legitimate pharmacies and offered miraculous pills that would eradicate erectile dysfunction.

In Spain it is illegal to sell pharmaceuticals online, unless your business is a registered online pharmacy, which is why the gangs tried to make their businesses look like legitimate pharmacies.

It is thought that across the two gangs, they had made over €3 million in profit from the fake drugs.

Both gangs then proceeded to launder that money in order to buy luxury items and invest in cryptocurrencies. 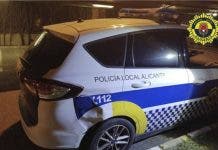