TWO captive eagle owls have been released into the wild by the Centre for the Recovery of Threatened Species (CREA), in the Villares Periurban Country Park, Cordoba.

One of the birds had been born in Cordoba Zoo and the other had been found in La Carlota.

Both birds had been kept under the protection of the CREA until they had learnt to fly and hunt live prey.

The parent birds of the chick born in the Cordoba Zoo have not been released into the wild as they are unable to fly, making survival in their natural habitat impossible.

The chick was transferred to CREA on July 8 where it was placed in a large aviary, with other birds of its species. There it learnt to fly and hunt live prey.

The other specimen was taken into care of the CREA last April where it was cared for until it reached adult size and had learnt to fly and hunt by itself.

The Eagle-Owl is an apex predator that feeds on a great variety of mammals, all kinds of birds and even other raptors. Its favourite prey are rabbits and corvids, but can also be a voracious predator of cats.

A clinical file is opened for each animal admitted, which records the data of the finding, as well as its clinical, rehabilitation and release history.

Once the record has been made, CREA’s veterinary service carries out a thorough diagnosis of the animal and administers the corresponding treatment, which often involves surgery.

The final part of the animal’s recovery is rehabilitation. In the case of birds, each centre is equipped with large aviaries, specially designed to enable the animals to build up muscle and improve their flight. 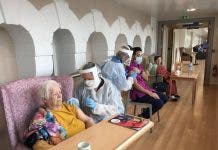 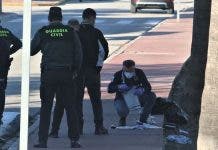