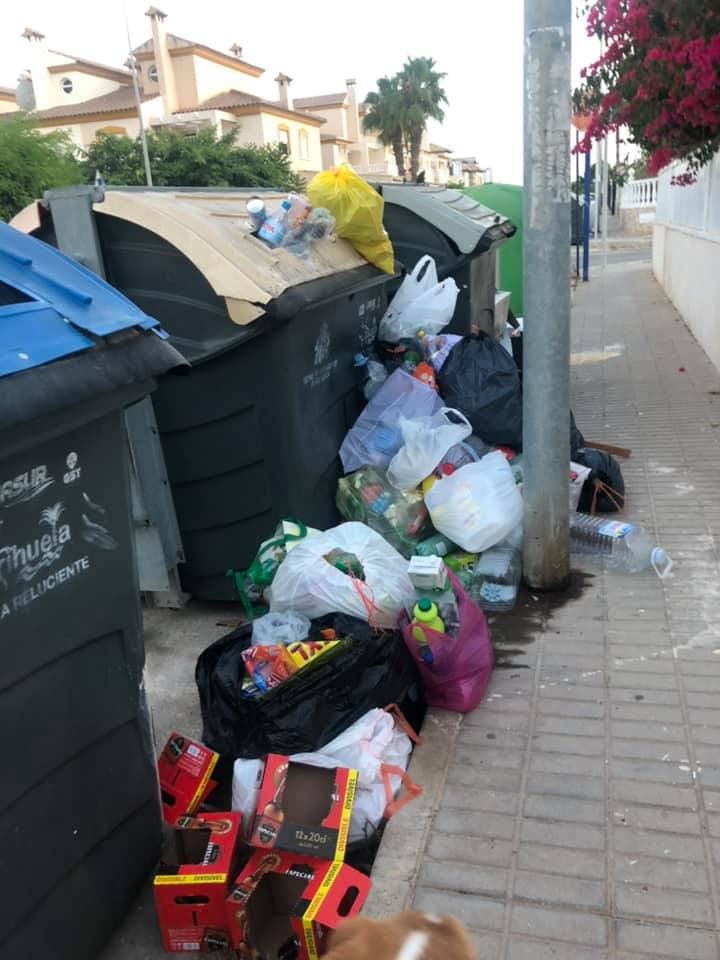 ORIHUELA COSTA residents have slammed the local council for letting rubbish pile up high on some of their streets.

The area always gets a big influx of visitors during the summer, and though numbers are down due to the pandemic, the annual criticism over Orihuela council’s bin collections has surfaced again.

Playa Flamenca resident Elaine Kelly told The Olive Press: “The Orihuela Costa has been forgotten in a disgusting abandonment of the coast and the piled-up rubbish is also being infested with rats.”

Jackie Annon from Cabo Roig said: “It seems as if nobody cares and the whole of Cabo Roig and La Zenia is a disgrace. The roads are knee-high in weeds and trash.”

Other complaints are over garden prunings that have not been collected by the council along with large items of furniture and electrical goods.

In June, Orihuela’s refuse collection councillor, Damaso Aparicio, announced the annual summer increase in workers for the coast, with six drivers and 19 staff members added to the team.

The Olive Press asked for a comment from Mr. Aparicio over the complaints but did not get a response.

Meanwhile, the Cabo Roig and Lomas Residents Association(AVCRL) has published a set of proposals to improve the refuse service.

They include creating an Ecopark for the Orihuela Costa and introducing a home collection service for prunings with no need for prior booking.

The AVCRL said that the number of lorries and workers assigned to the area was not high enough.

They added that compared to adjoining places like Torrevieja, the number of garden waste containers was poor, and that police surveillance needed to be improved to stop fly-tipping.

The group though was also critical of some residents and visitors:

“There are people who are unaware, perhaps due to language issues, that they have to contact Orihuela council beforehand to arrange the collection of household items and garden waste.”

The AVCRL added; “There is a lack of civility among some individuals who deposit rubbish on public roads without respecting the rules and municipal ordinances.”