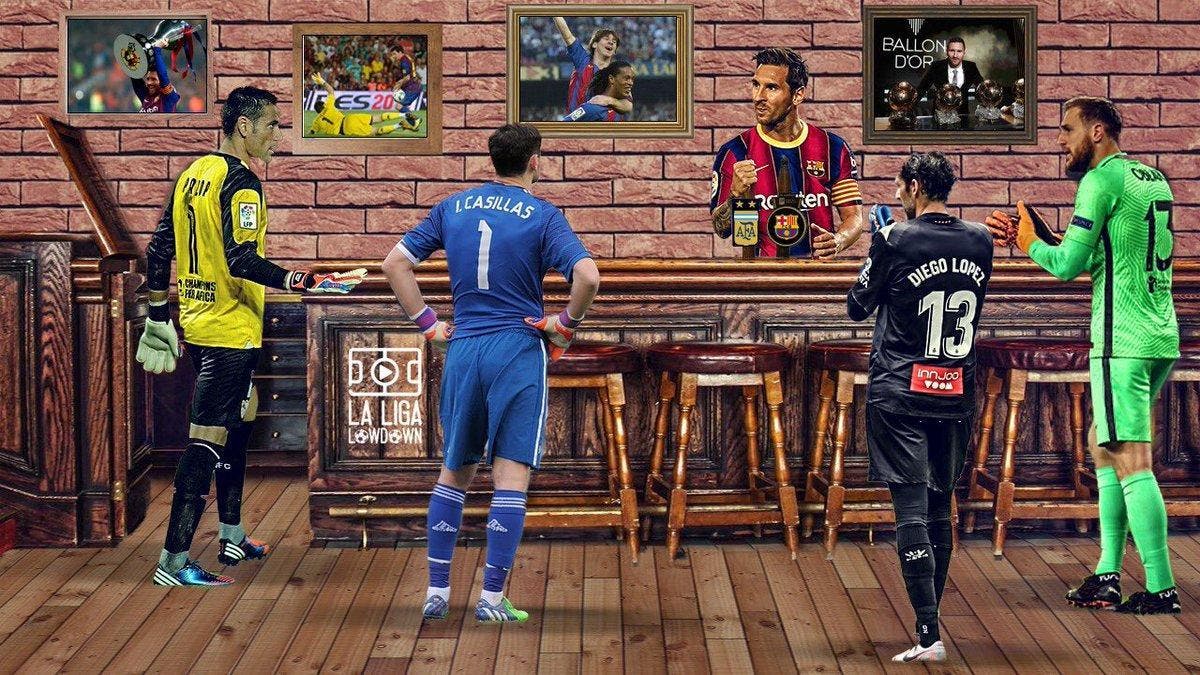 Of course, one of the La Liga giants (Barcelona/Real Madrid) could go on an unbeaten run and resume dominance in the Spanish domestic football league. Still, for the first time in a long time, the La Liga division landscape is up for grabs.

Barcelona and Real Madrid’s consistency capturing the La Liga title is rarely challenged, in-fact, since 2005 Atletico Madrid is the only club who managed to put their hands on the trophy.

But the vibe has altered this year, perhaps the lack of crowd attendance amid the worldwide pandemic (coronavirus) played its part, but the Spanish La Liga is up for grabs, and any team inside the top ten could make a claim. A mere fourteen points separate 11th placed Cadiz and 1st placed Atletico Madrid, so-long to Madrid and Barca’s days dominating from start to finish.

The best La Liga predictions are a thing of the past, as bookmakers and professional handicappers can relish in the unpredictable nature of the 2020/2021 season.

Living in the shadow of your rival could not have been easy for Atletico Madrid, the fame and dominance of Real Madrid has shadowed the other club from Madrid. The 2013/2014 season was tremendous for Atletico, finally derailing the usual candidates as they captured the La Liga trophy.

Diego Simone’s squad overtook the battling Real Sociedad, who had held onto La Liga first for a considerable period this term. And since, they have held dearly onto the first position with a single loss and only five goals conceded in thirteen games. The old defensive tactician in Diego has returned but with a goal-scoring flare that is causing problems for the entire division.

Having already clinched their place in the Champions League final sixteen, Madrid’s confidence has been high. However, their lone loss did come against rivals Real Madrid who stopped Atletico’s seven-game win streak. With that said, Atletico resumed position and continued their dominance with two bounce back La Liga wins and another six points.

It is early in the season to be making bold predictions, but we can already see the difference in title challengers. Atletico is 1st place on 32 points with two games in hand over Real in 2nd. They are level on points, but the loss/goal ratio is favouring Madrid’s unexpected side.

Atletico Madrid are looking to mark Diego Simeone’s 500th game in charge by finishing 2020 on top of La Liga ?

Their team to play Getafe ? pic.twitter.com/DIYJa51Ez9

The usual suspects for La Liga title contention Barcelona are falling apart this season. Their summer drama that could have seen star man Lionel Messi depart to Manchester City was just the beginning.

Barcelona is looking at one of their worst seasons in recent memory, having lost four games and drawn three, they are in fifth position and form is not picking up. The good news is that it is rumoured that Messi’s grievances have been resolved with Josep Maria Bartomeu’s resignation.

“RIGHT NOW, I’M GOOD AND I’M KEEN TO REALLY FIGHT FOR EVERYTHING WE’VE GOT IN FRONT OF US, I’M EXCITED. REALLY EXCITED. I KNOW THE CLUB IS GOING THROUGH A DIFFICULT PERIOD, IN TERMS OF THE ADMINISTRATION AND THE TEAM AND IT MAKES EVERYTHING AROUND BARCELONA DIFFICULT, BUT I’M KEEN.” LIONEL MESSI.

Messi’s performances have been lacklustre, and the squad, in general, are underperforming. The Dutch national team manager Ronald Koeman’s appointment has not gone to plan either, as Barcelona hold defeats to Cadiz, Getafe and Real Madrid put the Catalans up for their worst season in over a decade. Funnily enough, Real Madrid has also suffered losses to Cadiz, Deportivo Alves, and poor looking Valencia. In a regular-season Madrid and Barcelona would easily collect three points in these fixtures, respectively.

Predicting the 2020/2021 La Liga season at this stage is equivalent to throwing darts blindfolded. Atletico provides the best results, but their 2-0 loss to Real Madrid was evidence that they are conquerable.

If Atletico continues to defend with such consistency, their lack of goals conceded will assist them in claiming the La Liga trophy. But we cannot count out Real Madrid and Barcelona turning things around for the second half of the season, and if Real Sociedad can convert their draws into wins, they will be back into serious contention. Sevilla and Villareal will undoubtedly give a battle for the top four, but as of right now, the league is exciting and unpredictable as it has ever been.