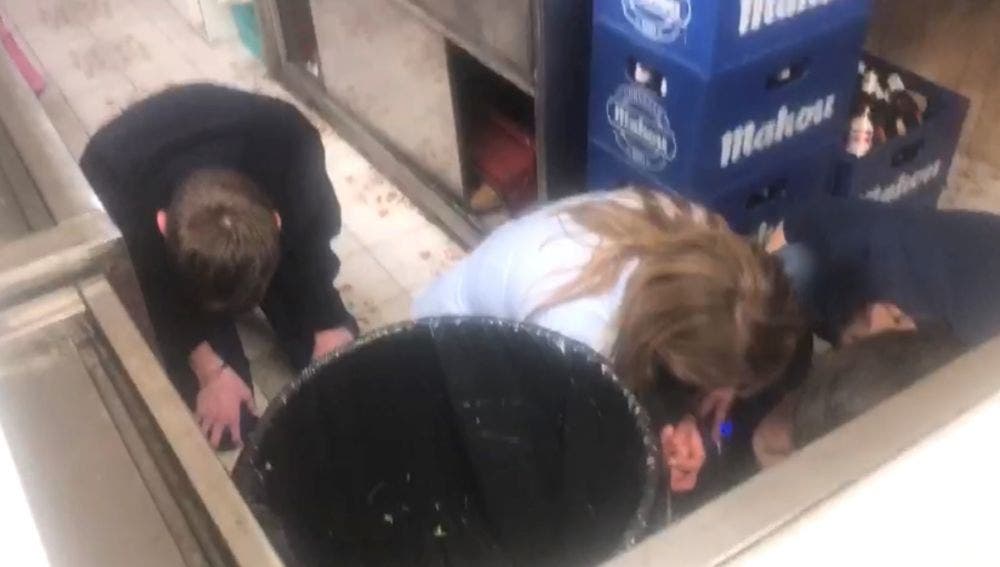 GUESTS at a birthday party that broke COVID-19 safety rules in Alicante hid behind the bar to avoid police fines last night(March 14).

The Policia Local raid finished off a busy weekend with officers issuing one of the highest number of sanctions during the year-long pandemic, as patience is wearing thin, especially among younger people, over social restrictions.

213 fines were issued on Saturday alone by the Policia Local around the city.

33 house parties were broken up and 14 outdoor drinks gatherings in public areas like Santa Barbara castle were stopped.

Five hospitality businesses were penalised for breaking capacity rules and ten motorists were found to be drink-driving.

24 people were sanctioned for breaking the 10.00 pm curfew on Saturday night.

Problems spilled over into Sunday night as the Policia Local visited an illegal birthday party at an El Pla cafe.

A resident complained about the clandestine get-together involving non-family members who were not wearing protective masks.

Officers banged on the front door for some time before the cafe owner eventually let then in.

There was nobody around but a long table was full of plates and glasses.

A dozen people aged between 40 and 50, as well as two children, were found hiding in the toilets or even crouching behind the bar.

Alicante’s Security councillor, Jose Ramon Gonzalez, said: “ Nobody is immune to COVID-19 and parties where mask wearing is ignored will simply transmit the virus. I appeal to everybody to follow the rules to avoid any new restrictions.”

George Mathias - 22 May, 2022 @ 12:00
VICTORIA Wright and her friendly team have been advising clients on the Costa Blanca for over 20 years. They have recently expanded into new premises...