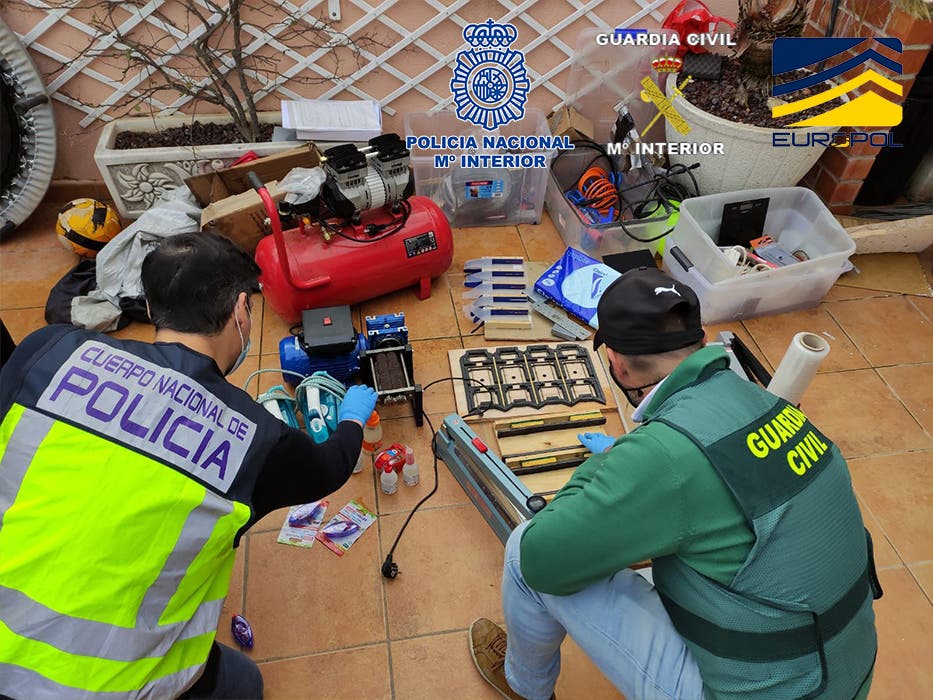 AN 18-month operation to bring down a Spanish counterfeit currency gang that laundered fake cash via banks has produced 37 arrests.

The Policia Nacional, the Guardia Civil, and EUROPOL joined forces to collar the group that concentrated on making €500 bills and putting them into circulation by opening up bank accounts.

The fake notes were detected around the Costa Blanca; Almeria; Barcelona; Granada; Sevilla; and Valencia areas.

Investigations started in October 2019 with reports of several counterfeit €500 notes appearing in Granada Province, and then right across the Andalucia region.

The police probe revealed that one of their suspects travelled all the way from Santa Pola on the Costa Blanca to Sevilla to use 170 of the high-value bogus notes.

The man deposited the dud bills into ATMs as a key part of their plan to swap them for legitimate currency.

Paid ‘mules’ were hired by the gang to open up bank accounts which were filled up by the fake notes being deposited into ATMs.

Withdrawals or transfers of the ‘real’ cash were then made from the accounts.

The police said that their investigation was ‘very complex’ as the gang took security measures to try to prevent them from being detected and arrested.

The arrests across Spain has seen charges of committing crimes of criminal organization; document falsification; making counterfeiting currency: fraud: money laundering: and a crime against public health after drugs were discovered in one of the police raids.

The investigation remains open with police not ruling out further arrests.