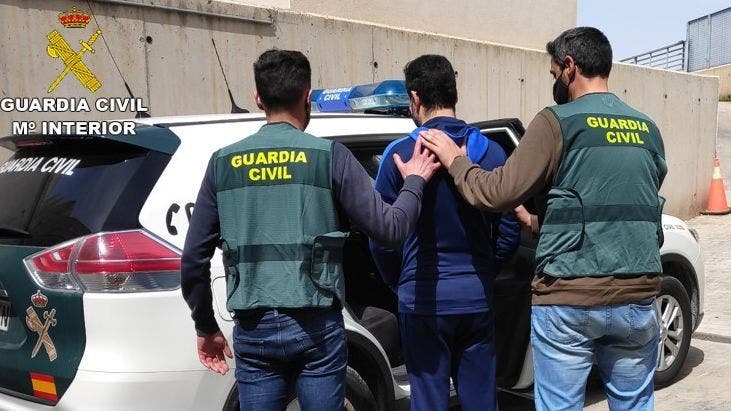 A Sant Joan d’Alacant man has been arrested for running a quick loans website that conned customers into repaying far more than they expected.

The fraud netted around €20,000 with 12 victims stung around Spain including the Costa Blanca, Murcia, and Catalunya areas.

Four female associates of the fraudster were detained by the Guardia Civil in El Campello in February.

Victims were reeled in by a website offering low-cost loans.

Once they filled in some of their personal information online, they were phoned by one of the gang to get their all-important bank details.

The 42-year-old leader of the scam ran an air conditioning company.

He used it as a front to get loans from financial institutions on behalf of the people that had signed up for money via his website.

In every case, he obtained an amount that was much higher than his victims requested and pocketed the difference.

The loanees had a monthly repayment plan that ended up into the coffers of the legitimate companies, but they did so without knowing that they owed a lot more than they expected.

They never received any statements because the scammers redirected all communications to themselves so that their con was not uncovered.

A victim got wind of his higher than expected loan amount and contacted the finance company.

They told him that it was to pay for the installation of an air conditioning system, which he never ordered.

He filed a complaint with the Guardia Civil who believe that there are other people who have yet to twig that they have been defrauded.