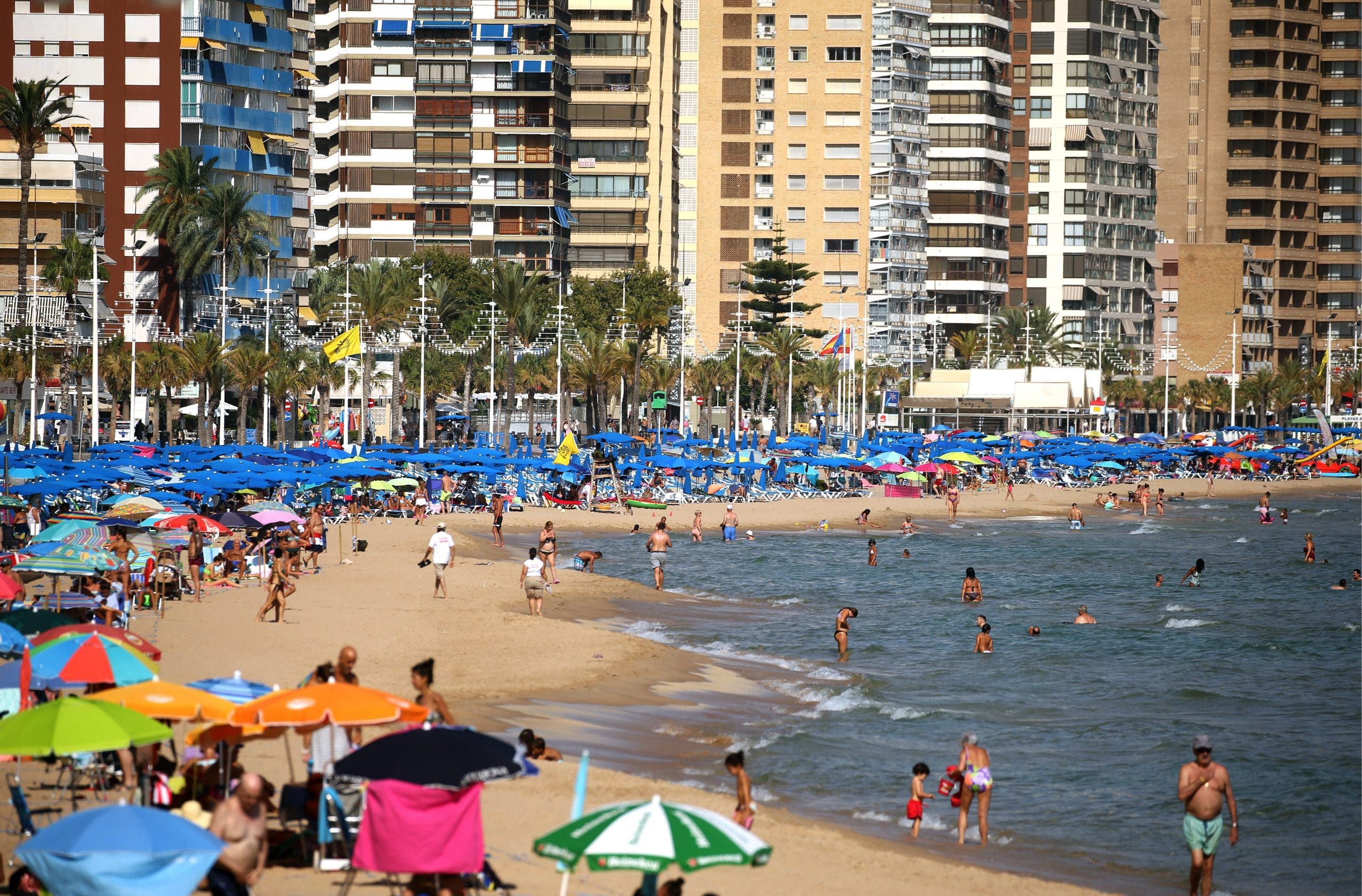 A big rush of visitors to Benidorm and the Costa Blanca over the weekend did not fuel a parallel rise in COVID health safety rule-breaking.

It was the first weekend since late October when the Valencian Community border was open to people from the rest of Spain.

That combined with a mini-heatwave, saw big numbers go to the coast from inland areas.

Valencian Community officials praised the behaviour of people with transgressions no higher than over recent weekends.

Around 2,100 sanctions were issued over breaking coronavirus safety laws like refusing to wear a mask or too many people gathering.

Justice Minister, Gabriela Bravo, said: “It was a weekend of normality with minimal incidents with visitors to our area complying with measures.”

Police patrols were ramped up in key Costa Blanca areas like Alicante and Benidorm(file photo of Levante Beach above) ahead of the rush.

An estimated 10,000 Guardia Civil and Policia Nacional officers were involved in monitoring safety along with the local forces.

As some parts of Spain took a very liberal attitude to health safety with many informal street gatherings, it was a different picture on the Costa Blanca.

“The local population has set a real example to all of Spain over the need to comply with the rules, “ added Gabriela Bravo.

Kimberley Mannion - 30 Jun, 2022 @ 16:00
DOCTORS at a Madrid hospital have identified a protein that could slow the onset of Alzheimer’s offering new hope of a cure for the...