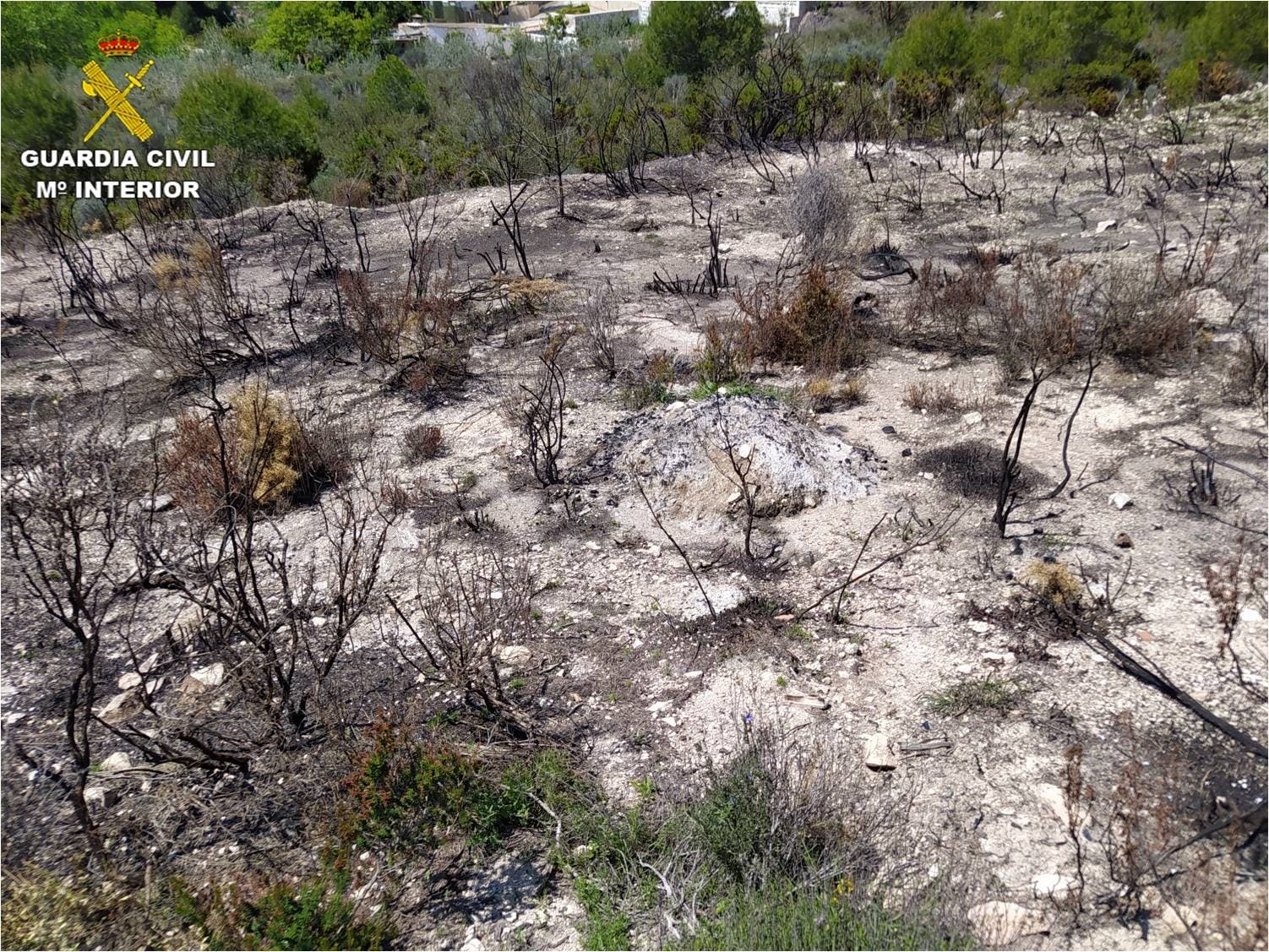 A 61-year-old Dutch expat is being investigated over a forest fire in the Tibi area last April.

Two hectares of land were incinerated due to the blaze.

A Guardia Civil probe discovered the fire started after garbage, including hot ash, had been dumped in woodland by the man who owned a near-by property.

Guardia officers concluded the fire was not started deliberately.

A report has been sent to the Ibi Investigating Court with the resident possibly facing a charge of serious negligence leading to the blaze.

The crime of causing a forest fire attracts a jail term of between one and five years.

That tariff climbs to up to 20 years if human life is thought to have been endangered.

The Guardia Civil’s environmental division, Seprona, has appealed for everybody to take care in rural areas, especially during the hot summer season.

They’ve also asked for people to immediately report any fire or if they spot anybody that they suspect of starting one.