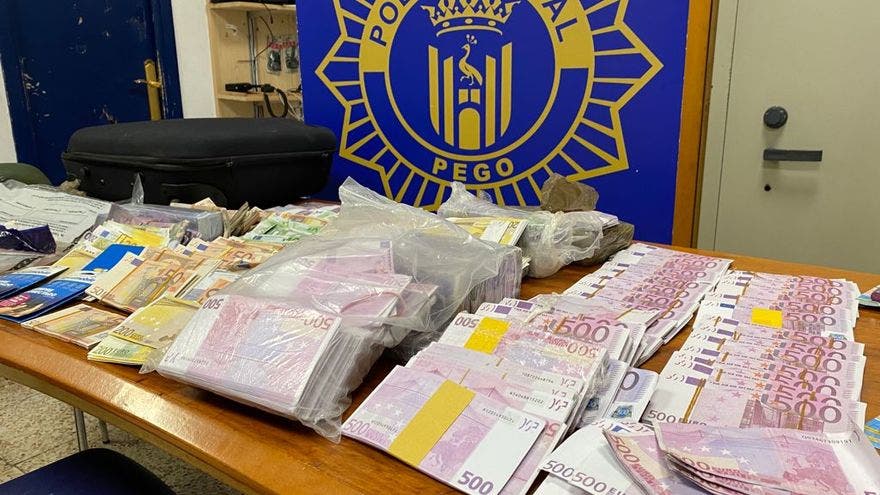 A Mercedes car heading to a Costa Blanca scrapyard got a last minute reprieve after a suitcase containing €4 million of counterfeit cash was found inside it.

The vehicle was dumped on a Pego street earlier this year and the Policia Local were supervising its removal yesterday afternoon(July 28) when they spotted the case.

It was a standard travel case with wheels, but crammed full of bundles of bogus bills.

The find created great excitement among the police officers, but they quickly noticed that the forgeries were third-rate.

A basic close examination revealed that the paper and the print quality was not good.

The counterfeiter had even produced a brand new €1,000 note to add to the official range of denominations between €50 and €500.

The discovery meant a change in plan for the car’s next destination, which now became the municipal compound.

The Guardia Civil took over the investigation and scoured the vehicle for clues as well as fingerprints.

An attempt is now being made to locate the owner who has been identified as a Spaniard with a ‘vast’ record of fraud.

The mystery is how and where he planned to spend the large amount of poorly-produced fake bills.