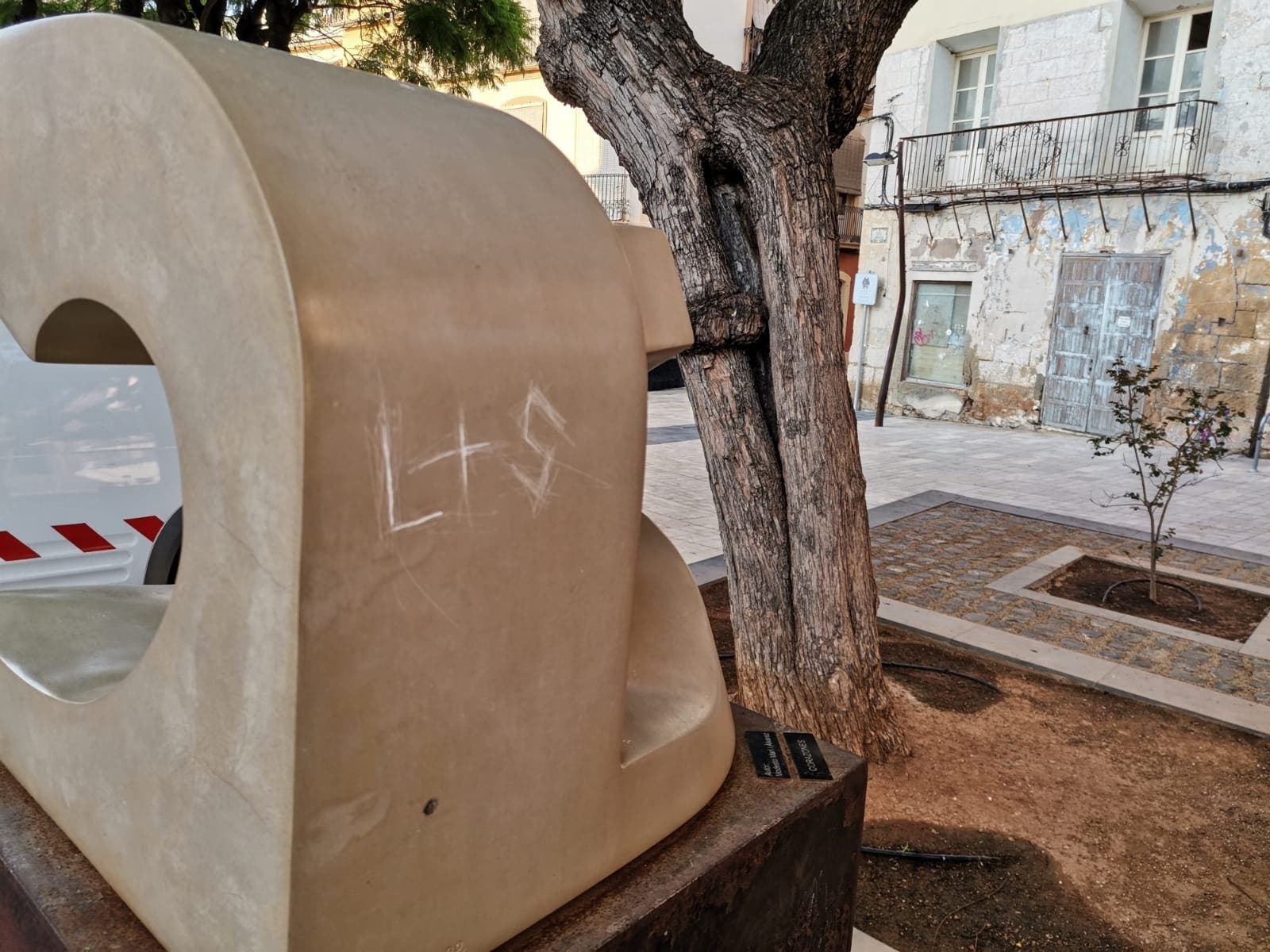 A Denia sculpture paying tribute to victims of the COVID-19 pandemic has been vandalised.

The work has now been damaged with graffiti scrawled on it.

The adjoining plaque says that the heart is in ‘memory of the victims as well as brave and generous groups and citizens who beat like a single heart in moving forward’.

The unwanted lettering will be difficult to remove as it has been chipped into the sandstone structure.

Modesto Mari is now weighing up options as to what kind of repair work can be undertaken.