Home Andalucia Goat cheese made in Andalucia area of Spain is voted the best... 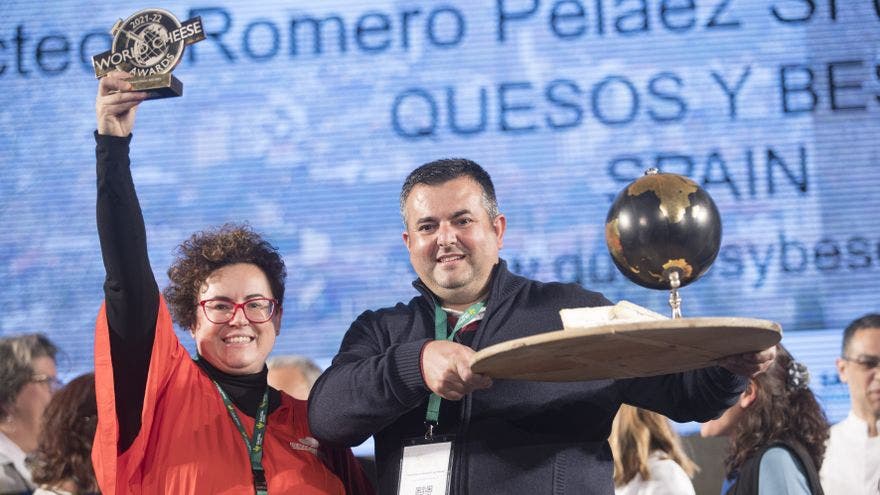 AN Andalucia cheesery has walked away with the top prize at the 2021 World Cheese Awards in Oviedo.

Quesos y Besos from Guarroman in Jaen Province wowed judges with its goat cheese to beat off 4,000 other contenders for the title of ‘best cheese in the world’.

The judges described it as a ‘gastronomic jewel’.

Quesos y Besos is an artisan cheese factory that employs just six people and only started up in 2017.

Olavidia is the name of the winning cheese, made with goat milk from Malaga, and produced by cheese-makers Silvia Pelaez and Paco Romero.

it is a cheese that ‘contains a mysterious black line, less than a millimetre, that crosses from side to side’ according to the judges.

The line is in fact ash from olive pits produced in Jaen Province.

The judging process was thorough with 240 people choosing 88 cheeses to go into a ‘Super Gold’ category.

16 ‘supreme’ judges then picked 16 cheeses to go into the final.

It took two hours of deliberations before Olavidia ended up as the winner, beating off a French challenger by five points.

The World Cheese Awards have been running for more than three decades, but last year’s event was cancelled due to the pandemic.

Anthony Piovesan - 3 Oct, 2022 @ 15:10
Heart attacks are on the rise in Spain since the coronavirus pandemic, and experts have shed light on what the leading causes are.  Director of...