Home Other News Entertainment Dragon flags hoisted by city in western Spain to celebrate filming of... 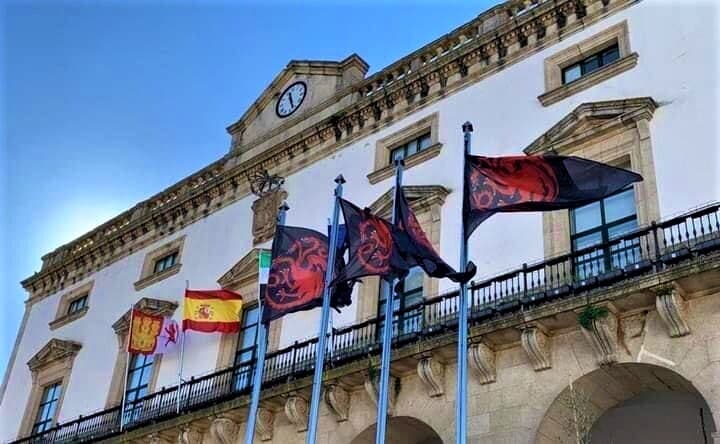 A Spanish city is literally flying the flag for a major TV production that has just finished location shooting in the area.

Caceres in the Extremadura region boasts a mix of architecture including its 12th century Moorish walls and 30 towers.

The area was used in the global HBO hit ‘Game of Thrones’ and the same production team has been in the city for its ‘House of the Dragon’ prequel.

Set 200 years before the original saga, the new series tells the story of Targaryen dynasty and their famous fighting dragons.

In tribute to the theme of the new show, Caceres City Hall has unfurled a set of Targaryen flags outside the building featuring the red dragon logo.

The drama, which stars ex-Doctor Who actor, Matt Smith as Daemon Targaryen, has also been filming on the Lloret de Mar and across the border at Monsanto castle in Portugal.

Indoor shooting will continue in the UK through till January.