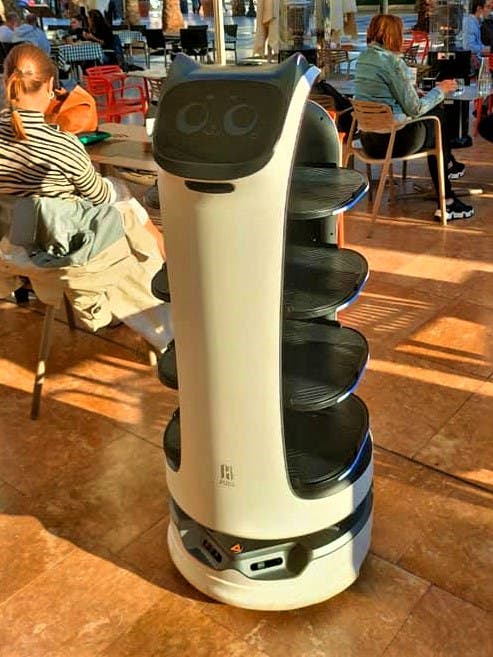 AN award-winning Costa Blanca restaurant is using a locally-made robot to serve customers.

BellaBot, whose head and ears have a cat-like appearance, has been created by the Elche company Bumerania Robotics.

The robot is capable of bringing out food, crockery and other items to diner’s tables, both inside and outdoors.

It allows waiters more time to interact with customers and takes them away from more routine time-consuming tasks.

Maria Jose San Roman said: “This innovation provides our teams to give diners greater attention as well as incorporating new technology into what we do.”

BellaBot has multiple tray-carrying capacity and has a detection system to avoid obstacles as it wheels around the restaurant and its terrace.

It has a special suspension system to ensure that customer orders stay stable when delivered.

The robot also interacts with diners by voice or by displaying emotions via a facial video display.

Bumerania Robotics CEO, Isidro Fernandez, said: “Robotics and artificial intelligence is a new revolution that doesn’t replace people but something that is complementary to improve efficiency.”

BellaBot is capable of making up to 400 servings per day.