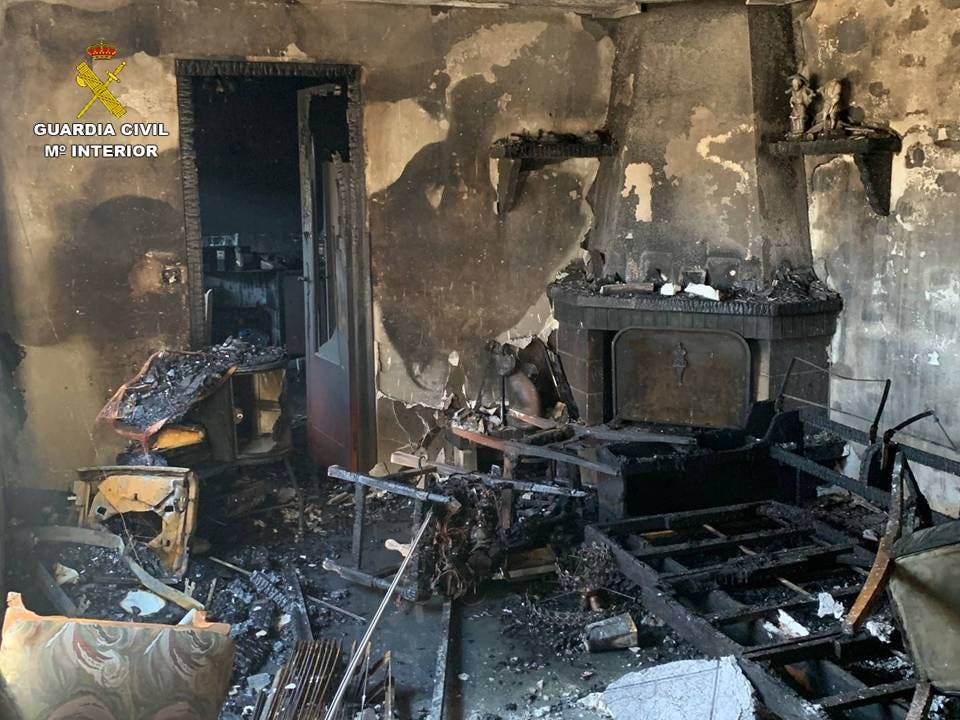 A family row over a refund of a rent deposit led to a Granja de Rocamora house being set ablaze and destroyed.

Two men, 25 and 27, have been arrested by the Guardia Civil on arson charges.

They both had criminal records and were jailed by an Orihuela court.

If convicted, they face jail terms of up to three years.

They’re accused of setting fire to a two-storey house in the Alicante Province town and endangering life in neighbouring properties.

The landlady, who lived in the building on a ‘regular basis’ was not inside at the time.

The blaze started in the dining room and fire experts deduced it was arson.

The motivation concerned a dispute between the men, one of whom was related to the landlady who co-owned the house and other properties.

A lease was signed by the two men for the buildings but she then backed out of the deal without returning their deposit money.

The duo then decided to teach her a drastic lesson over their non-refunded cash.