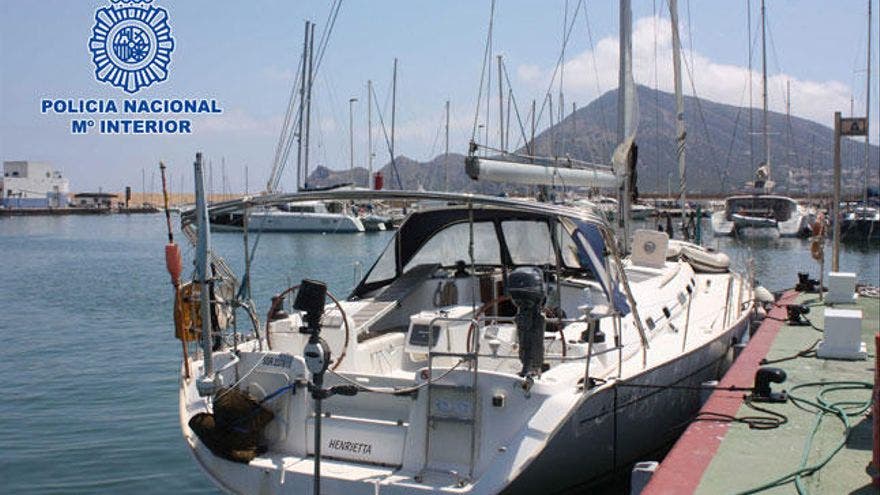 BRITISH drug trafficker, Brian Charrington, has been found guilty and jailed for almost 11 years for smuggling cocaine into a Costa Blanca marina in 2013.

The drug lord’s original 2018 trial and conviction was quashed by the Supreme Court over impartiality issues, with a fresh hearing held last autumn.

Charrington and his son Ray were originally convicted, along with three others, of smuggling 192 kilos of cocaine from South America to the Costa Blanca nine years ago.

The narcotics were shipped into Altea on a yacht named Alitia.

Police raided several ‘luxury’ properties in the Calpe area and seized ‘up-market cars’ as they swooped on Charrington in 2013.

He received a 15-year-jail sentence in his first trial which has now been knocked back to 10 years and nine months.

His son Ray and another defendant were acquitted but two others were found guilty, including an associate named as Aleksei P.

Charrington and Aleksei P have been ordered by the Alicante court to pay a fine of €15.3 million, which is double the value of the smuggled cocaine.

In addition, Charrington will have to pay a €631,491 penalty for money laundering,

Charrington’s long history of brushes with the law included a customs raid at his UK home in 1992 that unearthed millions of pounds in alleged drugs money.

He escaped criminal charges when it was revealed he was a police informant.

The case fell apart when the judge ruled against illegally-obtained phone taps.

In July 2003, a German court jailed him for seven years after convicting him of drug smuggling, and he also spent two years behind bars in France.

The Spanish media branded Charrington as the ‘Wikipedia Narco’ because the felon regularly updated his profile on the internet site with news of his latest activities.