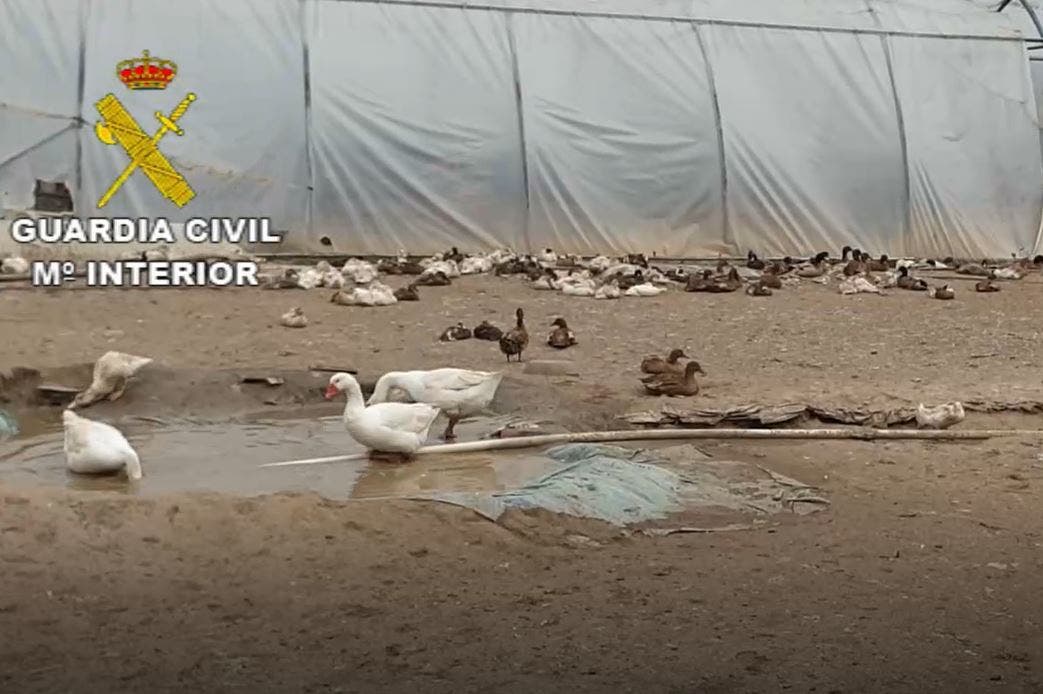 AN illegal Madrid area slaughterhouse supplying meat to Asian restaurants in eight provinces has been closed down by the Guardia Civil.

Six people who ran the slaughterhouse have been arrested and charges include animal treatment.

An additional 12 people area being investigated for defrauded customers and public health crimes.

Slaughterhouses require strict veterinary controls prior to and after slaughter, in addition to following rules to ensure the healthy status of animals and products at all stages of production, processing and distribution.

The Madrid premises used illegal killing methods that led to the unnecessary suffering of animals.

Farm inspections were stepped up earlier this year due to bird flu.

The Guardia Civil came across a Madrid region farm where animals were slaughtered without a licence.

Meat was transported in unrefrigerated vehicles to a wholesaler based on a Fuenlabrada industrial estate.

The Guardia said Asian restaurants across Spain in areas including Madrid, Sevilla, and Valencia placed orders with the wholesaler who couriered meat to them.

Again the transport used did not pass health and safety standards.

Around 350 kilos of illegally-sold meat was intercepted during the Guardia operation.