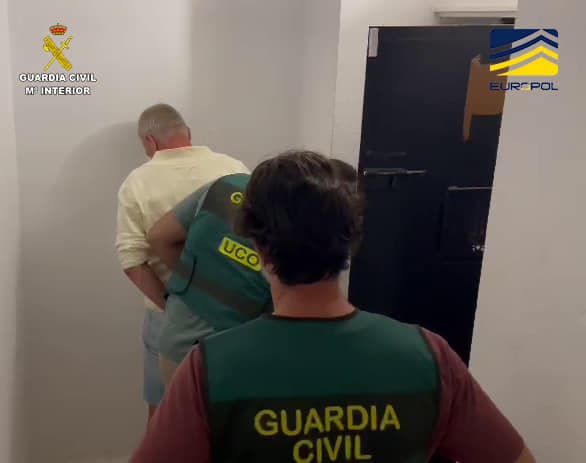 ONE of Europe’s ‘Most Wanted’ criminals has been arrested in Calpe after being on the run for four years.

An Estonian man, 56, was part of a criminal gang distributing hashish across northern Europe.

His job was to run logistics, providing the organisation with vehicles to transport the drugs in large quantities from Spain to Estonia and Scandinavia.

He was tried and convicted in Estonia in 2018, but fled the country.

The man was then placed on Europol’s ‘Most Wanted’ list.

The Guardia Civil were told in September that the fugitive could be hiding out in Alicante Province.

Rather than staying under the radar, the Estonian had previously been arrested in the area for a variety of offences and used a false name.

The Guardia launched surveillance on several of his associates in the area, including his girlfriend who lives in Albir.

That produced a result when the fugitive was spotted in Calpe last Wednesday and arrested.

He has been handed over to the National Court to process Estonia’s extradition request.