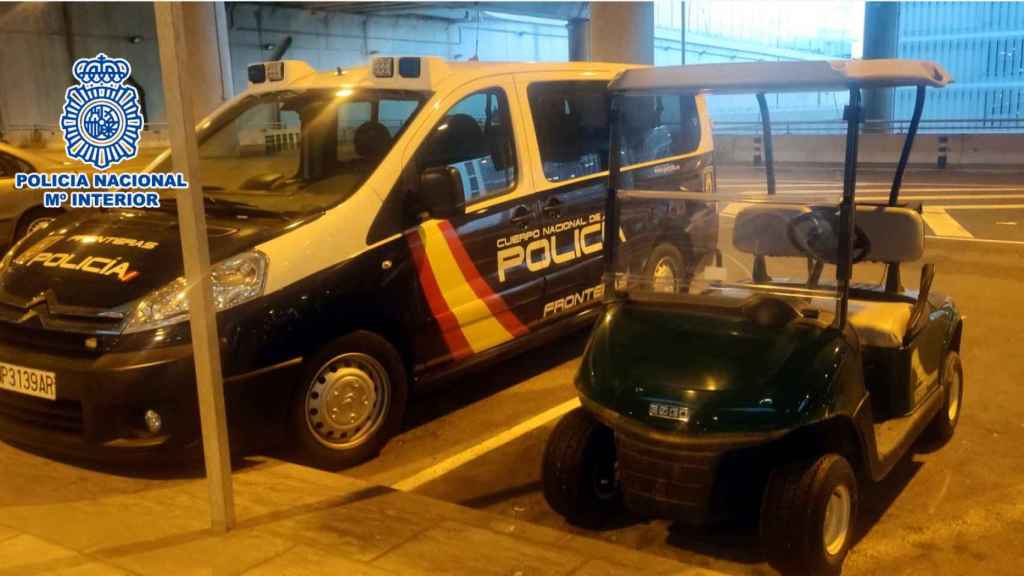 A 22-year-old American man has been arrested for stealing a golf buggy and driving nearly six kilometres to park it at Alicante-Elche airport.

Officers tracked it down on the second-floor of the airport’s multi-storey car park with the thief trying to park it up.

When questioned about why he had the buggy and where it came from, the American was said to have spoken in an ‘incongruous and meaningless’ manner.

He was charged with a crime against road safety after travelling on main highways to the airport.

Inquiries revealed he had stolen the buggy from a golf course in Bacarot, north of the airport.

Golf course staff had thrown the man out for undisclosed reasons, before he returned to exact some revenge.

The buggy has been returned and the man put in front of an Elche court.

It’s not known whether he was a tourist or a resident.