A BRITISH mother has confessed to killing her two young children in Spain.

The woman, aged in her 30s, told police that she murdered her eleven-month-old son and five-year-old daughter.

The family were staying at the four-star Hotel Miramar in the coastal town of Lloret de Mar on the Costa Brava.

It is rumoured that the mother – believed to be mentally disturbed – may have suffocated the toddlers.

She alerted reception at 2pm about what had taken place, but the children were already dead when the ambulance arrived.

The British Embassy has also launched its own inquiry into the deaths.

“We are in contact with the Spanish police but because the children are minors we cannot say much,” said a Foreign Office spokesperson.

A spokesman for the travel association, Abta, said: “It’s very popular with the British. It’s a very traditional Spanish resort, similar to Benidorm and Torremolinos.” 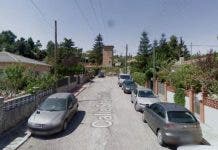