A MAN has been attacked by a wild boar while he was out picking mushrooms in Carretera de la Cabra at the weekend.

He has now been signed off work for a week after the boar’s tusks went straight through his boot into his leg.

At first he thought it was the sound of quail coming from the bushes before the wild animal appeared and struck him. 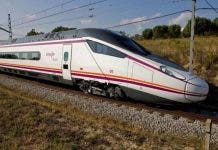