AN explosion on a plastic recycling ship has caused a fire and a huge column of black smoke that can be seen from Sevilla.

According to reports the ship, situated in the industrial area of San Rafael in Alcala de Guadaira, has now collapsed but the person working on the ship at the time of the explosion was able to escape without injury.

The collapse apparently helped firemen –  who were initially hesitant to approach the site due to the presence of plastic on the ship – to extinguish the flames.

Burning plastic can emit toxic chemicals such as dioxins into the air.

The fire has affected a nearby ship as well as a railway line but thankfully the adjacent ship was found to be empty.

There have been no injuries reported so far. 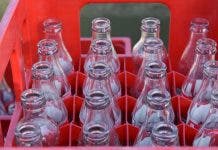