A ROW has broken out over funds raised by a charity concert billed to be helping victims of the Malaga fires.

Fire Aid – organised by DJ Maurice Boland in September – raised over €18,000 for the Red Cross, which was used by the charity for medical supplies.

But fire victims and volunteers are angry after claiming to have been ‘duped’ into believing the donations would be used to help those directly affected by the disaster in August.

They are also dismayed that Boland is allegedly in line for a Red Cross award, to be handed out later this month.

Boland denies any wrongdoing and insists all publicity was amended accordingly when it became apparent that it would not be possible to give funds directly to the victims.

“I feel those who bought tickets have been duped into believing that we would be helped but we haven’t been,” said Sue Doran, who lost her Atalaya home in the blaze.

The concert, supported by SOS Andalucia and with live performances from many local stars including Stephen Lloyd-Morgan, was attended by over 1,000 people a week after the fire.

It was initially billed as a concert to raise money directly for those who had lost property or possessions.

However, just days before the concert, it emerged that this might not, after all, be the case.

“I was furious,” continued Doran, 51, a former local government employee from Lincoln.

“I have since spoken to Maurice to complain but after telling me it was going for medical supplies, I told him ‘I don’t need a plaster, I need a place to sleep at night’.”

She continued: “SOS Andalucia in contrast were brilliant. They gave us clothes and other direct help. I don’t know what we would have done without them.

“The whole situation has left a sour taste in the mouth.”

Doran’s neighbour Susan Holloway, who also lost her home in the same area, added: “We never expected that we would receive much in monetary value, but we got a big boost from believing what the poster claimed ‘You’ll Never Walk Alone’.

“Well, we have been left to walk alone and feel that when we were at our lowest ebb, we were given false hope, deceived and abandoned.

“We understand that cash could not be handed out but surely vouchers to use in local supermarkets, clothes stores etc could have been offered.”

One of the volunteers at the concert at Marbella’s Hotel Puente Romano on September 10, told the Olive Press that a large group of them were also unhappy with the situation.

The volunteer, who gave his name as Jake Goode, revealed that an email has been sent to Maurice Boland, boss of iTalk radio station, by group leaders expressing their concerns.

He said: “I am very upset as I did this because he told us the money raised would help the people affected by the fire.

“But two months later and he has never even declared where the money was spent. No one affected by the fires has been helped.”

He added: “Boland has made this more about him than those who needed the help, he is a disgrace.”

There is no suggestion that Boland has benefitted financially in any way from the concert.

He also denies any wrongdoing, stating: “What people need to understand is that we organised this concert in just seven days.

“When the Red Cross came onboard on day three, it became apparent that the way the charity is structured would not allow the money to be distributed in the way we had initially hoped.

“We immediately changed all publicity for the concert to make it clear that all money raised would be going into the areas most affected by the fires rather than directly to the victims, and it was very much the central point of my speech at the concert.” 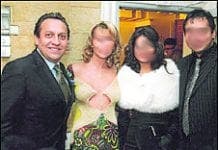 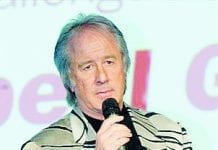