THE world’s oldest man has died at the age of 112.

Shorty entered the Guinness Book of Records on July 25 this year as the oldest man in the world, following the death of Japan’s Jiroemon Kimura, who passed away 13 days earlier at the age of 116.

The Spaniard was not the oldest person in the world, though, since the oldest woman, Misao Okawa, also from Japan, is still alive at 115. 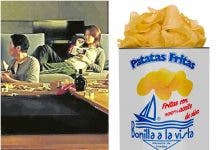