PERSIMMONS are taking Europe by storm.

The orangey-red leaf-topped fruit has become so popular that during their last season, they outsold kiwis and mangoes.

There are five varieties of persimmon, which are grown in warm countries across the world. Here in Spain there are two persimmon hotspots – Valencia and Huelva.

Growers in the regions produce one variety, rojo briliante, which is characterised by its elongated appearance.

The harvest is typically October and November, but this year, due to the weather, it started a couple of weeks later.

Warmer days at the beginning of the season made the fruit colour at a slower rate than normal, but latterly, cooler evenings and abundant rainfall have resulted in plumper, deeper-coloured fruit.

The conditions this year have been so ideal for persimmon fruition that some plantations have been able to multiply their output this year.

One distributor has doubled its output from three to six kilos over the past year, and expects to be producing as much as 16 million kilos a season within a number of years.

Like all fruits, persimmons are packed with vitamins and minerals and have a range a of health benefits.

Persimmons are high in fibre, and so help maintain a healthy digestive system. Fibre-rich food also keeps you feeling full for longer, so it´s great for those watching their weight.

Vitamin-wise, they ooze vitamin A, which is known to improve vision, and are rich in vitamin C which helps boost immunity.

They are also known to help in the fight against heart disease, and are widely used to treat constipation, haemorrhoids and diarrhoea.

How to eat them

Unlike the Israeli variety, also known as a Sharon fruit, Spanish persimmons can be eaten when firm or ripe. Unripe persimmons have a crunchy, apple-like texture, but once ripe the skins turn a red, almost translucent colour, and their flesh becomes gelatinous and juicy perfect for scooping out with a spoon. 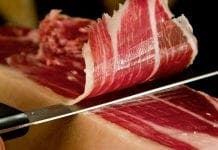 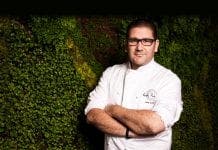 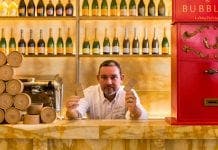