SPAIN´S bad loans hit a record high in October, as the value of risky assets climbed €3 million in a month.

The ratio of loans judged unlikely to ever be repaid rose to 13 percent of all outstanding credits, up from 12.68 percent in the previous month.
In real terms, their value is €190.97 billion.

A loan is categorised as bad if payment has been delayed for more than three consecutive months.

Spain managed to leave recession behind in the third quarter, but it is still grappling with a record-high unemployment rate of around 26 percent. That also dampens consumption and growth prospects. 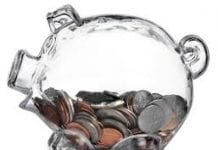 Spain sees worst COVID-19 figures in EU as more than 1,000 test positive for second day in a row...