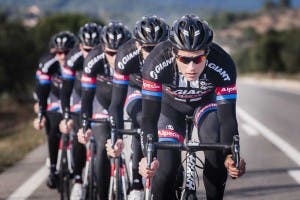 SIX professional cyclists have been taken to hospital after being runover by a British holidaymaker.

The Giant-Alpecin riders sustained a number of broken bones after the British woman collided with them after driving on the wrong side of a road in Alicante.

Teammates Warren Barguil, Chad Haga and Max Walscheid also suffered bone fractures and they are all in need of operations.

The other riders were identified as Frederk Ludvigsson and Ramon Sinkeldam, who escaped only with cuts and bruises.

Helicopters were used in the rescue and the injured cyclists were taken to two hospitals.