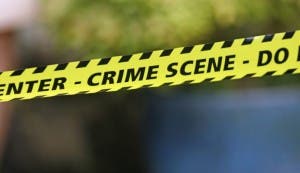 A CSI fan has helped police solve a murder that was initially ruled as suicide.

The self-confessed crime series addict Carmen Moreno, decided to investigate after seeing how much evidence was ignored at the scene.

In particular, she collected tissues and underwear covered in blood that was left behind after police removed the body of the 32-year-old victim from a bench in Maria Luisa Park, Sevilla.

After putting the evidence in a plastic bag, mirroring what she had seen in her beloved crime shows, she took them to the police station.

“Whether it’s a suicide or a murder, you must always collect the evidence, whatever it is,” she said.

An autopsy later revealed the victim had died from internal injuries resulting from a rape.

Police were able to extract DNA samples from the evidence Carmen had collected, and a 46-year-old suspect was swiftly arrested.

“If it wasn’t for me, he’d probably still be on the loose,” Carmen added.