THE attractive outdoor terrace was awash with evening sun as we sat perfectly positioned to watch a slice of Marbella society under the watchful eye of the town’s celebrated La Concha mountain.

This is Cibo, a year after it opened on the Golden Mile, where eponymous Polo House once sat before it.

Elegant in the extreme, try and get a banquette seat below the clematis-covered terrace, which is a wonderful place to sit in warmer weather.

The feather-in-the-cap of the Metro group (Jack’s, Mumtaz, Joys, etc), its chef Simone Riccioni, has been well-trained by the group’s culinary boss Lawrence Otterburn, a former Gordon Ramsay protege, who has cooked for Ronnie Wood, Kate Moss and Roman Abramovich.

I was looking for the ideal spot to take my son, 8, for a birthday meal and this hit the spot down to a tee.

A big kids menu, with excellent pizzas and pasta, drawing pad, pencils and puzzles, we were off to a flying start.

The service was also excellent with, in particular, half-Italian, half-Spanish Manuel doing an excellent job charming the nippers.

While broadly geared towards Italian food, if anything, it pitches itself more towards quality, but with excellent value.

There is a simple, easy wine list where even Italy’s two best reds Barolo and Brunello come in for just 60 euros. A glass of ice fresh verdicchio was good value at under five euros.

But the biggest shock was the price of a lobster, not something this humble food critic (and journalist) usually gets a chance to eat!

Here I had a choice of lobster on its own for just 32 euros, while a half weighed in at 23 euros, and for the same price I could also have it with linguini, a better-looking dish being hard to find on the Costa del Sol.

Already cracked open and with a slightly spicy, peppery sauce that had just enough kick to compliment it, this is one seafood dish that deserves an award this summer.

But there are other chestnuts too, such as the ‘Vincisgrassi’, that comes as a starter and main course, which is a splendid twist on lasagna, heralding from a 17th century recipe Lawrence picked up from his father.

“It was how we invented lasagna, before we ruined it with bolognese,” explains Lawrence.

With crunchy minced Parma ham and porcini mushrooms, not to mention a pinch of black truffle, this was a definitive ‘posh lasagne’, easily the best I have ever eaten.

“I want people to know we are not Da Brunos and we are more than just traditional Italian…we are trying to do something different, ” he insists. “Yes we want the classics, but we are doing them better.”

Certainly the starters reflect that. A carpaccio of wild duck ham with rocket and spicy peach was a real looker, while the truffled forest mushroom bruschetta did a splendid job.

The ‘sharing’ boards looked fun as well, but I tried the ‘capesante e caponata’, a joyous dish of bacon-wrapped scallops, which were meant to come with courgettes, aubergine and lemon butter, but which had at least half a dozen other vegetables in it, including pine nuts, raisins, asparagus and carrots.

Pudding-wise, I loved my cheesecake with cherry coulis, but the definite winner was the banana split, which, in the words of my daughter Maia, was ‘fabulously fabulous’.

It also came in the price of the special kids menu priced at just 6.95 euros. Boom. 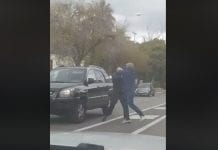 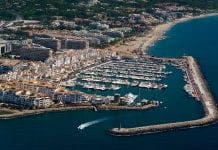