A NEW report into Spanish jihadists has found a third of them wanted to attack Spain and a majority were part of ‘wolf packs’.

Researchers at the Real Instituto Elcano found that of the 124 jihadists arrested in Spain between June 2013 and May 2016, 34.5% of them had Spain as their target, either out of hatred for Europe or a desire to enter paradise.

The report also found a move away from the ‘lone wolf’ radicalisation process – where vulnerable young males are gradually targeted online and indoctrinated – to one in which relatives, friends and neighbours are increasingly involved.

It found that in 94% of cases from 2013, the terrorists were part of newly created cells or groups while 75% had a direct link to ISIS. 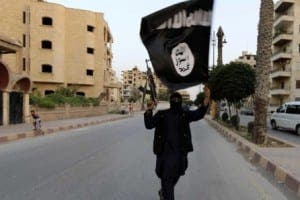 The findings contradict the theory that the bulk of recruits are radicalised through social media and online.

It concludes that the main brewers of violent radicalism are worship centers with charismatic leaders.

Hatred of European values was also found to be a driver behind the radicalisation of many young men.

Conversations intercepted by the police are referred to in the report.

“Seeing the terror on Europeans’ faces was priceless,” said one of the perpetrators of the Paris attacks of November 13 last year.

“All people who live in Spain are criminals,” said one individual arrested in Spain.

“Damn their race, I can’t stand them,” said another.

Around 83% of Spanish Jihadis are men aged around 30 and are either Moroccan or Spanish and born to Muslim immigrants.

They also tend to be married with two children, the report found.

Around 89% had little or no personal knowledge of Islam and most had a criminal past.