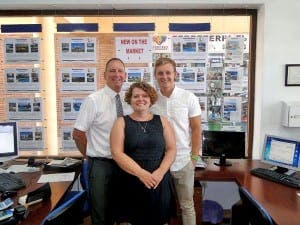 THE dust has settled on the post-Brexit property panic.

In place of worry, practicality has taken over and Costa del Sol property expert Andrew Dodd is ready for normal service to resume.

“Brexit left us in shock, but things are already getting back to normal,” Andrew, sales manager at Homefinders says. “The immediate reaction was understandably to panic. We received a lot of calls from buyers and sellers who were worried about the impact of Brexit, but after a week things started going back to normal.”

He added: “The first call I received on Friday morning was from a Scottish couple who wanted to pull out of their purchase despite searching for their dream home for months.

“However, after the weekend they called back and decided that nothing is really going to change in the long run and now they are continuing with their deal.”

And it is a trend that Andrew and the team at Homefinders in La Cala de Mijas have seen emerging time and again.

After an initial slump as buyers and sellers worried about life after Brexit, the market has begun to pick up again and things are getting back to how they were before June 23.

“At the end of the day, Brits didn’t go on holiday or move to Spain because it was part of the EU,” Andrew adds.

“Brits came to Spain for the sun, the beach, the food and for the lifestyle; none of that has changed.

“If someone had their heart set on retiring to Spain, Brexit isn’t going to change that.”

In fact Dodd believes Brexit may in fact encourage British expats to fast track retirement plans in order to get the move done before Britain officially leaves the EU.

Homefinders was established in 1999 and the team has more than 40 years experience between them. For more information visit www.homefinders-network.com or call 952 493 290