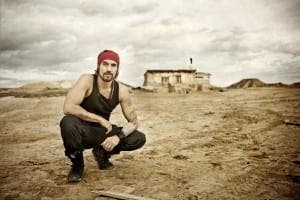 NERJA will kiss goodbye to summer with the Chanquete World Music Festival on Saturday, September 17.

The brand new festival will be held at El Playazo beach from 5pm to 5am.

Headling artist Macaco honed his blend of rumba, reggae, funk and Latin American on the streets of Barcelona.

His 2009 album Puerto Presente hit number one in Spain and won plaudits from Rolling Stone magazine, with his first single Moving nominated for a Grammy.

Cristina Hodgson - 28 Nov, 2022 @ 10:00
A 54-year-old woman, who suffered a bad fall whilst hiking up the Jabalcuza Peak in Torremolinos, has been rescued by emergency air evacuation. The alarm...