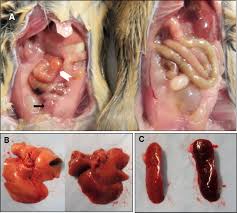 The tests were received from the National Microbiology Centre, confirming the Crimean-Congo hemorrhagic fever, which has resulted in three fatalities, one person dead and two people in isolation.

The second casualty is the nurse that cared for him who is currently receiving treatment at the infectious disease wing of the La Paz-Carlos III Hospital.

Two hundred people that have come into contact with infected patients are being checked, while some people have been confined their homes.

The widespread, contagious, disease is caused by a tick borne virus, or coming in contact with animal blood. Currently it is endemic in Africa, the Middle East and Asian countries.

The disease has a 40 percent mortality rate.